Rosie the dog lived alone for most of her life in a national park in Western Australia. The young Rottweiler had been seen wandering in the bush, but no one had taken the time to rescue her until two friends, Calli and Lee, decided to help her. 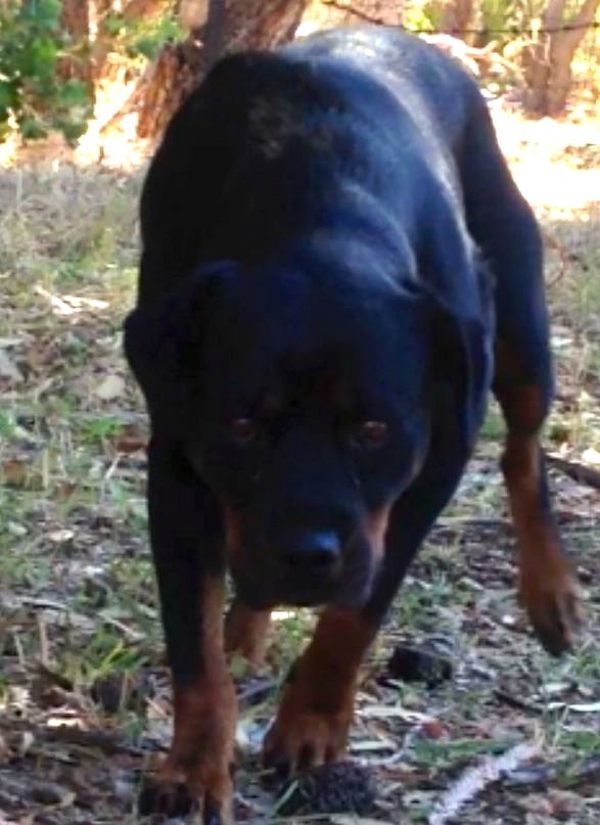 Rosie in the bush before her rescue

“We do not know Rosie’s background or how she came to live in the bush,” says Calli. But she knew for a fact that Rosie had been in the wild for at least 9 months (or longer). After doing some research, she learned that others had seen her too. 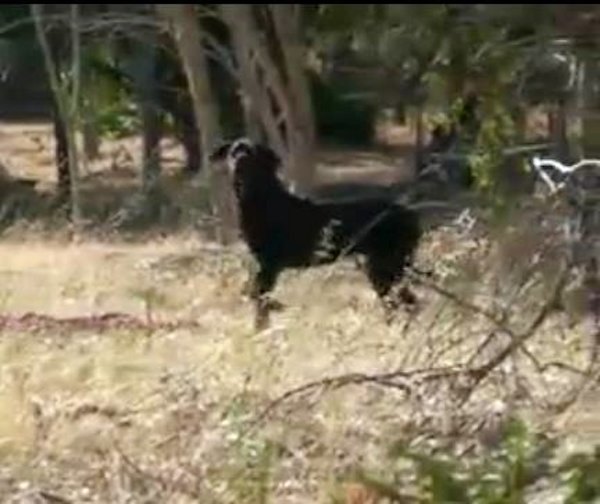 Rosie in the bush before her rescue

“When there was road work nearby the road workers were throwing food to her but if they tried to go near her she would run away,” said Calli. “The rangers were getting calls frequently about Rosie and had set up traps quite a few times but had no luck trapping her so they seemed to have given up.”

Rosie was unapproachable, but this did not deter the two friends from setting out to rescue the abandoned Rottweiler.

This is their story of how they saved Rosie.

Rosie recently celebrated her first anniversary of the day she was rescued. Calli adopted Rosie and calls her “her angel”. She also gets frequent visits from Lee (aka Mummy 2) and has been helped in her journey by a wonderful network of animal rescuers and supporters. 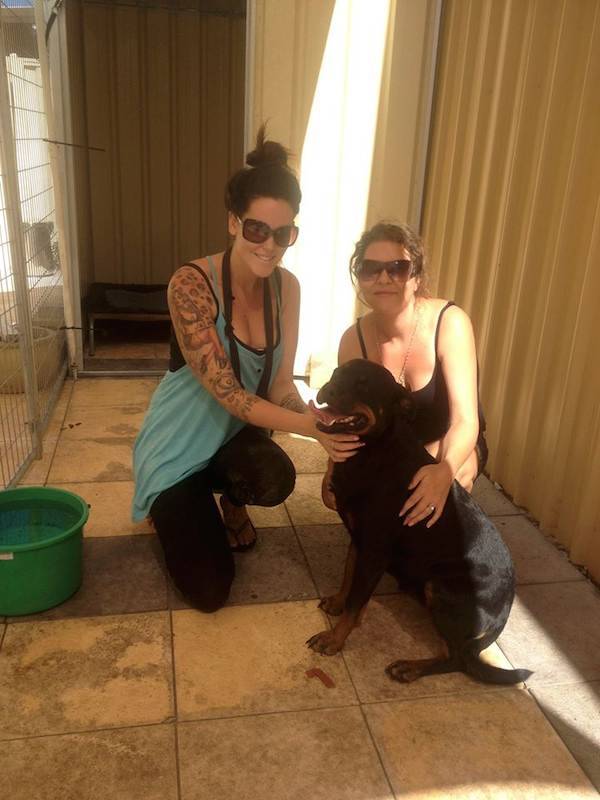 Rosie right after her rescue

Rosie continues to heal and adjust to living at home and trusting people. 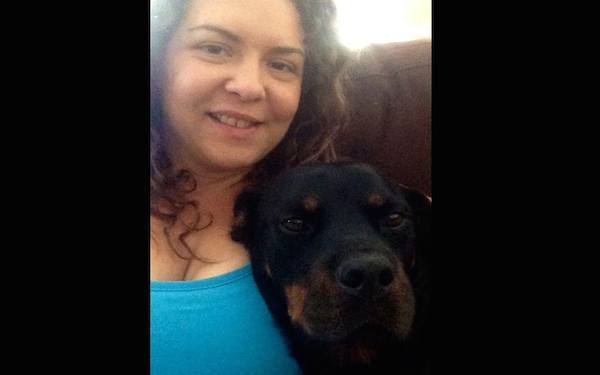 Calli says, “We will probably never know how Rosie came to be all alone in the bush. I wish she could tell me but maybe its too painful to know. Her emotional scars may never fully heal and she may never learn how to play but she trusts us and her confidence grows everyday.”